Visit here to learn more about the Spring 2016 conference, that took place at the University of Alabama, and which grew directly out of the Alabama/Greece Initiative.

The event was sponsored by the College of Arts & Sciences and involved several AUTh faculty coming to Tuscaloosa for a week. 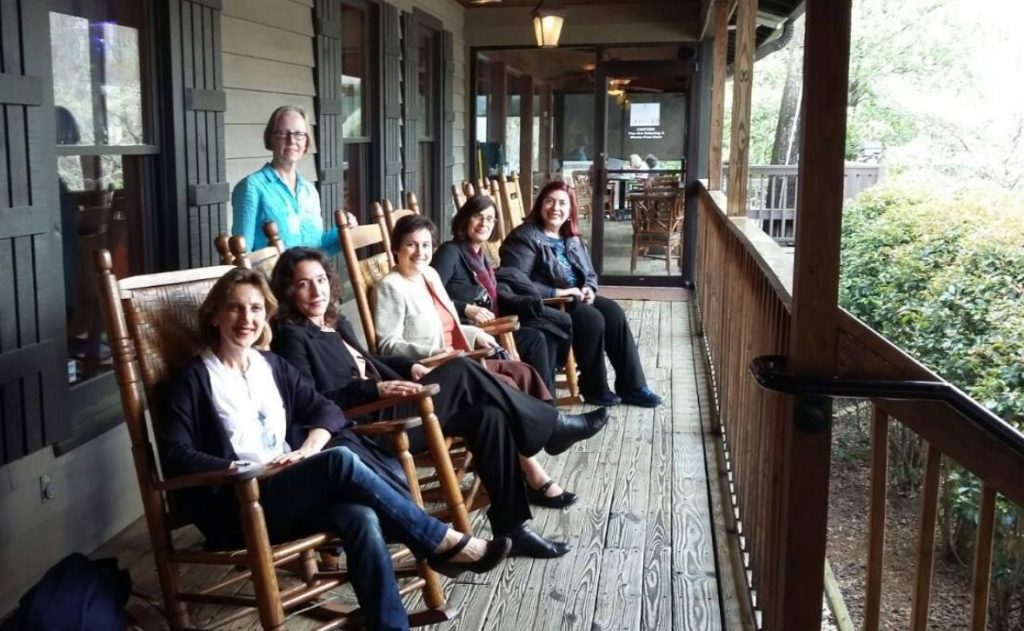 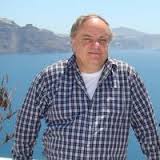 In mid-Spring 2014 a third visiting scholar from Aristotle University, Prof. Spyros Pavlides, will come to the UA campus, for a week, to offer a public lecture, to tour the region, and to meet informally with faculty and students from across the College of Arts and Sciences.

Prof. Pavlides — trained in Greece, France, the U.K., California, Japan, and China — has studied active faults and earthquake ground deformation throughout Greece, as well as in such places as Albania, Bulgaria, Western Anatolia (i.e., Turkey), Italy, Northern China and Taiwan. His scientific interest is in geodynamics and seismotectonics, especially on the broader Aegean Region, specializing in volcanotectonics of the Santorini volcano, structural geology, palaeoseismology with emphasis in archaeoseimology and seismic hazard analysis.

His public lecture is entitled, “The Southern Aegean Volcanic Arc: The Volcano of Santorini and the Minoan Civilization.”

Prof. Pavlides’s lecture will describe the geodynamic characteristics in the southern Aegean Sea, the volcanic activity on the Nisyros, Milos, Methana volcanoes, paying particular attention to the structure and activity of the uniquely beautiful volcanic edifice of Thera-Santorini. (Prof. Pavlides is pictured below, teaching while touring geological sites with AUTH students.) 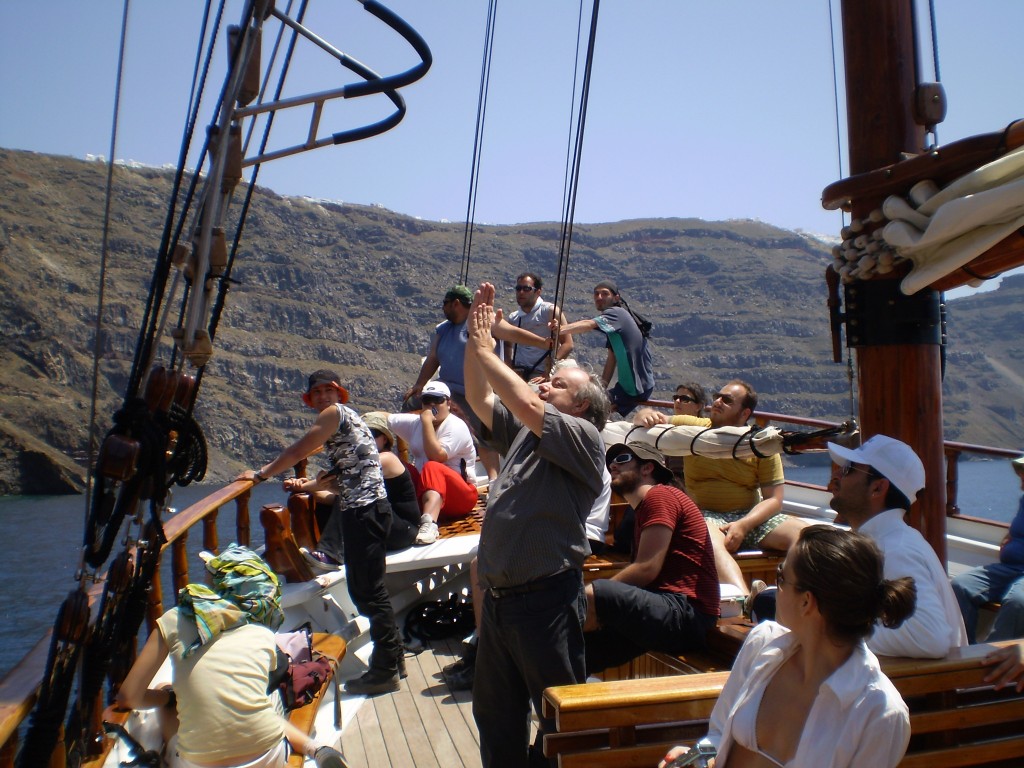 Throughout his week in Tuscaloosa Prof. Pavlides — who is, himself, a Professor of Geology and Dean of Sciences at Aristotle University — will also be touring campus and the city, meeting with a variety of Department Chairs to learn more about work being done in A&S, and touring the Dauphin Island Sea Lab and the Moundville Archeological Park.

Read the press release about his UA lecture here.

Get a copy of the flyer (PDF) for this event.

At two points in the Spring 2011 semester, we  were joined in Tuscaloosa by two Greek scholars, both of whom hold appointments at Aristotle University (in Thessaloniki) and both of whom already have working relationships with University of Alabama faculty members.

On February 23 we were joined by Dr. Angeliki Ziaka, who presented a public lecture entitled, “The Muslim Presence in Greece,” (3:30 pm, Gorgas 205).

Dr. Ziaka examined two groups of Muslims currently residing in Greece: a) the Muslims of Greek citizenship, who live in Western Thrace and make up 2% of the Greek population, the so-called “old” Islam and b) the Muslim immigrants who have more recently moved to Greece from various Muslim countries, the so-called “new” or “migrant” Islam. Unlike the latter group, the Muslims of the first group have lived in Western Thrace since the 15th century—when the territory came under Ottoman domination—and are fully integrated into modern Greek society.  In order to better understand the status of these two groups of Muslims in Greece, she will argue that we need a historical, social, and juridical overview, and that such an understanding of identity and trans-national migration can assist in developing solutions to the social and political problems posed by the movement of peoples.

While in Tuscaloosa, Dr. Ziaka also visited several classes and meet informally with faculty and students who are interested in learning more about the work carried out at Aristotle University.

You can view a video of Dr. Ziaka’s lecture on UA’s iTunesU page. Open the Alabama Greece Initiative Collection. Or click here to go to a link from which you can play it directly (if you have iTunes installed on your computer).

In her April 20 public lecture, “Improvising Greece” (3:30 pm Gorgas 205), Dr. Stefanou examined current and recent contexts for musical and mixed-media group improvisation in Greece, against a backdrop of dominant perspectives on improvisation. Focusing on the country’s two largest cities, Athens and Thessaloniki, she attempted a critical contextualization of Greek improvisation initiatives within a micro- and macro-climate of cultural, political and social change, and assess the significance of such initiatives on a national and international level.

Dr. Stefanou, a pianist, also performed on April 21 – “An Evening of Experimental Greek Music and Intercultural Improvisation.” She was accompanied by the College of Arts and Sciences’ own Andrew Raffo Dewar (New College) on soprano saxophone. This performance will take place in Moody Recital Hall, in the School of Music, at 7:30 pm.